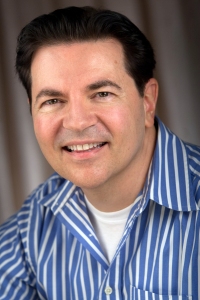 JOHN J. BONK is a former musical comedy performer turned writer, who has hung up his tap shoes and devotes his time these days to “performing on the page.” He is the author of Madhattan Mystery, (Bloomsbury/Walker 2012) a madcap middle-grade adventure novel which Booklist calls “A delight in every way” and gives a starred review! It’s included on Bank Street’s list of Best Children’s Books of 2013 as well as Booklist’s Top Ten Crime Fiction for Youth in 2013, and has been translated into German (DTV Publications, 2014) under the title Gefahr Im Central Park. John has also written the comic middle-grade novel, Dustin Grubbs: One-Man Show (Little, Brown & Company) about a 12-year old actor wannabe, which School Library Journal calls “Lighthearted and uproarious!” and Booklist describes as having “Great lines, hilarious scenes and a very satisfying ending”. The sequel entitled, Dustin Grubbs: Take Two! (Little, Brown) is described by Children’s Literature as “Hilarious, delightful, a perfect choice–even for the most reluctant readers” and has Kirkus declaring, “The giggles never stop!”

John’s short stories, poems and articles have appeared in numerous magazines including Cricket, Cobblestone, Pockets, Dramatics and Highlights. He grew up in Chicago, where he earned a Bachelor of Arts Degree in Theatre from Loyola University; then moved to New York City, joined Actors’ Equity, and went on to perform in countless professional musicals across the country. (Across the world, if you count cruise ship revues!) He lives in the heart of Manhattan with his indefatigable (tireless) kitty, Dinah Blue–and hardly ever uses words like indefatigable. He can see nine-tenths of the Empire State Building topper from his apartment. 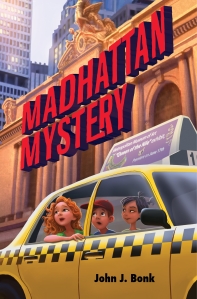 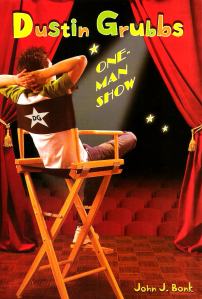 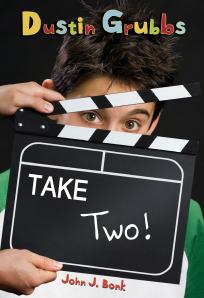