Back to my roots… 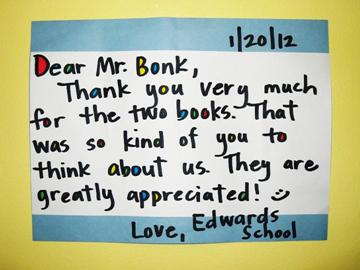 Look what I got in the mail today! It’s from my alma mater, Richard Edwards Elementary School in Chicago. (SHOUT OUT!) When I discovered they had transformed into a performing arts school, how could I not send them copies of my first two middle-grade novels, Dustin Grubbs: One-Man Show and Dustin Grubbs: Take Two! which are about an 11-year old who longs to be an actor? (I think I sent them three copies of each book, so technically speaking, that’d be a total of six books, but anyway…) Memories of my days at Edwards started flooding back.

I remember they never used to put on plays. The most you could hope for was a solo in the yearly Christmas concert and that was about it. As a plucky 5th grader, having once again been tragically overlooked for a coveted solo, I decided to approach the powers that be to ask for permission to put on a play called “The King in the Kitchen” in the big auditorium. I would star as the King–of course–and also direct! This way they wouldn’t have to lift a finger. The principal gave me the green light with the caveat that a teacher had to be present at all times during rehearsals. Cut to us performing that play about a zillion times–for every assembly, PTA meeting, awards ceremony–fire drill, whatever.

The next year, due to our rousing theatrical success, the principal decided to put an actual drama teacher in charge, Mrs. Tabitz. (Okay, she doubled as a 2nd grade 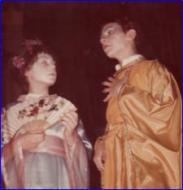 teacher, but as far as I was concerned, she was Steven Spielberg in a dress.) I was thrilled when she chose a musical for us to perform. No, not just a musical–an operetta! Okay, it was a really watered-down version of The Mikado by Gilbert & Sullivan, but it was still pretty ambitious for an elementary school! Mrs. Tabitz wanted me to play the comic lead, Ko-Ko, but I insisted on playing the romantic lead instead, Nanki-Poo. (Didn’t I know it was a serious tenor role? Didn’t I know I was a goofy baritone? Apparently not. No wonder those high notes wouldn’t come out–and I kept getting laughs.)

MANY YEARS later after moving to New York City in pursuit of my theatrical dream, I wound up doing several productions of The Mikado Off-Broadway for the Light Opera of Manhattan. And guess which role I played? KO-KO! 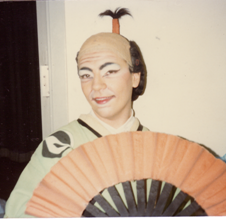 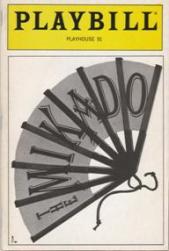 It just goes to show–never underestimate the prophetic powers of your grade school drama teacher!